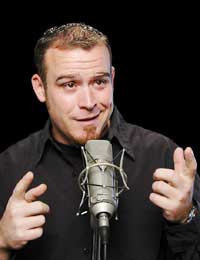 There’s a fine distinction between a good speech and a great one – but in the end it largely comes down to one thing. A week, a month or even a year on, will the audience remember it? Will they still be talking about it and recalling the wonderful speaker who so ‘wowed’ them that day?

If the answer’s “yes”, then that was a ‘killer’ speech and for most of us, we probably won’t ever hear more than one or two of those in a lifetime. Clearly, if you’re hoping to deliver one, you’re taking on a bit of a challenge. Or are you?

Well, perhaps not. Most of the world’s greatest speeches have one or two key features in common – and if you apply the same general rules to writing your best man’s speech, for instance, that President Kennedy did to the stirring words which inspired the US to put a man on the moon, you’ll not go far wrong.

The first one’s pretty obvious really, but for all that, it’s still something that often gets overlooked – and the usual result is one very harassed speech-writer.

The 18th Century English poet, Edward Young, famously warned that procrastination is the thief of time. It makes a great quote and – more to the point – when it comes to speech writing, never were there truer words! Writing that killer speech is a bit like growing a prize-winning vegetable; it’s just not something you can rush, so give yourself plenty of time.

Very few of us can sit down and write the perfect speech straight off; mostly it’s something that develops gradually over the course of a few drafts, a lot of tweaking and a whole load of practice runs – and that’s more than a five minute job. When it comes to polishing your prose and your performance, you can never have too much time; the big day will dawn much faster than you think.

Research is central to a great speech. Even if you really know your subject matter, there’ll always be another fascinating fact to find and add in, or a really spot-on quote to include, but if you’re talking about something or someone that you’re less familiar with, then good background work becomes essential.

When you are doing your research, it’s always worth trying to get things verified by two independent sources if you possibly can – whether that’s the structure of the uranium atom or which regiment Uncle George was with when he stormed the beach on D-Day. Nothing ruins the credibility of a speech so much as getting some simple and eminently check-able fact, wrong. Make sure you don’t trip yourself up.

Start With A Bang

If you’re going to do one thing absolutely right, then write an opening that will knock their socks off from the start! Grab your audience’s attention at the outset and make them realise that if they lose their focus for even a single second, then they’ll risk missing something really important – and then they’ll be sorry.

How do you do it? Inevitably, much of that depends on the nature of your speech, the occasion, the subject matter and the group you’re addressing, but there are two techniques which stand out as great ‘killer’ openings – the question and the bold statement. Intrigue your audience, pique their interest with your opening words, and you’ll be well on the way.

Nobody likes a muddled speaker, so decide early on what you want your speech to achieve and stick to it. Are you going to inspire your audience to do something, change the way they view some part of their lives, commiserate with them for some loss or celebrate with them some success or major milestone in life?

Much of this is dictated by circumstances, but focus remains a key element in any great speech, so don’t try to make too many points – a simple message is always a memorable one. Ramble and you will lose your listeners; stay relevant and they will be with you to the end.

The trick to ensuring clarity is to approach your speech like a wine-maker tending vines; careful pruning will always produce the best fruit – so cut out anything that clutters what you’re trying to say.

Tick All The Boxes

Many speeches have specific things to do, whether it’s thanking particular people for coming, mentioning everyone who contributed to success or supporting the family in its time of need. Make sure your speech ticks all the necessary boxes – and whatever you do, don’t miss anybody out!

If the opening makes people want to listen, then the closing makes them remember what they’ve heard – so make yours a good one! Leave your audience uplifted and inspired and you can be assured that they’ll still be thinking about what you’ve said long after you’ve sat down. Even the saddest of occasions will benefit from a few well chosen words of hope and encouragement and although no one would deny that it’s a difficult thing to do, a thoughtful and sensitive ending can be an unforgettable comfort to those who grieve.