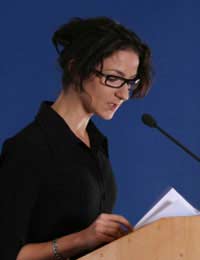 It’s a very rare – and down-right unpleasant – human being who maliciously goes out of his or her way to give offence or cause deliberate upset to her or his fellows. Unfortunately, it’s all too easy to do it unwittingly and if you’re giving any kind of speech, particularly to a large group, not all of whom you know, it’s something that’s worth thinking about when you begin to draft what you’re going to say.

That said – don’t get too hung up about it; although the prospect can seem like a speaker’s worst nightmare, it’s not difficult to get it right, even if you really do have to address some sensitive subjects in your talk. Here are our top tips to show you how.

Probably the single biggest tip for dealing with sensitive subjects is to know your audience. If you’re going to be speaking to people that you have already met – and possibly work or socialise with – then much of this has already been done. You probably already have a pretty good idea of the sorts of issues which are likely to prove particularly sensitive. On the other hand, if the group is new to you, it’s worth taking the time to find out a little about them to avoid any gaffes on the day – and don’t forget to check the general make-up of your audience to make sure your material will be appropriate for everyone that is coming.

A second tip – and pretty obvious one at that – is to avoid straying into sensitive areas altogether. Unless you’re being handed a prepared text to read (and since you’re visiting this site, it’s probably safe to assume that you aren’t) what you put into your speech is entirely up to you, so with a bit of luck, it should be possible to side-step the problem completely.

Choose your material carefully, and you ought to find that at least for most types of occasions where you’re likely to be asked to speak, you can write a perfectly good speech without having to say anything controversial, upsetting or otherwise potentially awkward.

Facing Up to Difficult Subjects

There remain some times, however, where you may just have to face up to mentioning difficult subjects such as death, illness, accident and disability – and not always at a funeral service. As the speaker, you have an important contribution to make to the success of the whole event, whatever that may be, and a major part of that involves helping people through these difficult issues. Of course, euphemisms can be helpful in these circumstances. “Passed away” is undoubtedly gentler than “died”, and a struggle with “his sickness” is easier to understand than the tongue-twisting, poly-syllabic Latin and Greek of many medical conditions – but don’t overdo it; too much flowery speech and evasion will quickly grate.

When it comes to dealing with awkward issues, remember the acronym “HUSH” – be Honest, Understanding, Sensitive and Helpful – and you won’t go far wrong.

Some issues are universally sensitive with anyone and everyone, and although you’ll need to tread carefully around them, they’re obvious. Hidden sensitivities are a much bigger problem to contend with, because you may not be aware of them until it’s too late and you’ve said something you shouldn’t have – without ever knowing. Unfortunately it’s in the nature of such things that however unintentionally you give offence, you have given offence and it’s impossible to get back from that.

It is something that any speaker needs to be aware of, particularly when speaking to a group of unfamiliar people, especially if there are religious or cultural differences to take into account. It is all too easy to blunder into something and say all the wrong things, out of innocent ignorance, but the good news is that it’s actually seldom that difficult to avoid – if only you do a little research first. Between the internet and a quick chat to a member of the group beforehand, you really ought to be able to find out if there are any specific subjects that you really shouldn’t touch on – and don’t ever feel awkward for asking. Your concern and good manners will only make you friends and allies!

In the end, it largely comes down to thinking about your audience and considering how what you’re going to say might affect them. It’s an important thing to get right; after all, being aware of other people’s feelings is a big part of what makes us human.