Home > Quick Quizzes > Are You as Funny as You Think You Are?

Are You as Funny as You Think You Are? 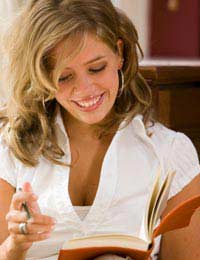 OK, so you’ve sat through Billy Connolly’s ‘One Man Show’ and thought – hey, I could do that! Those folks on ‘Live At The Apollo’ or ‘Mock The Week’ are good, right enough, but they aren’t that funny. I mean it’s money for old rope, really, isn’t it? You reckon you could do that – easily – now don’t you?

The truth is, very few of are actually as side-splittingly, tear-jerkingly hilarious as we might like to believe, no matter how impressive we sound to ourselves in the privacy of our own bathrooms, in front of the wise and appreciative audience that is the medicine cabinet mirror.

However, that said, some people really do have the rare gift of natural humour. The trick is to know which of these camps you fall into – so are you really as funny as you think you are?

and everyone is taking it in turns to tell a joke. Are you most likely to:

3. How quickly do you think of a witty response to something funny that someone says to you?

4. How often do your friends laugh at you (in a good way)?

to make someone laugh?

6. At school, did anyone ever tell you that you were ‘weird’?

7. You’re about to tell a joke. How is it most likely to start?

8. You’re climbing up the steps to collect an award...

from some important dignitary, when you trip and nearly end flat on your face. Do you:

Mostly (a)s – you’ve got a great sense of fun, but do take care that you don’t let it take over; not everything in life can be made light of, or laughed off. You’ve got plenty of confidence, so you need never fear using a spot of humour – you know you can make it work; however, there are times when it might need to be toned down a bit. Get the balance right and people will really listen to what you have to say.

Mostly (b)s – you know that you’re not cut out to be a stand-up comic, but you’re perhaps being a little hard on yourself. Don’t be frightened of injecting a little humour into your speeches – just make sure that you keep the jokey interludes fairly light and practise your delivery to get it perfect. Relax, you’re probably a lot funnier than you think – so have a go; you might surprise yourself!

Mostly (c)s – with your sense of humour and comic timing, you’ll be hosting your own show on Channel 4 any day now. You’re the real deal – you really are as funny as you think you are – but do remember that although well-done humour can be a welcome element at even the saddest of occasions, there are times when it’s not entirely appropriate, so be as sensitive as you are funny and your speeches will always be great.

Do You Really Want to Make That Speech?

What is the Right Style of Speech for You?

How Well Do You Know Your Audience?