Home > Work & Employment > Speech of Appreciation for Retiree or Leaver

Speech of Appreciation for Retiree or Leaver 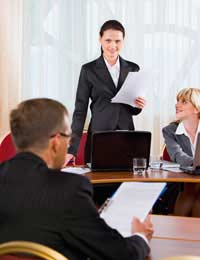 It’s always a major occasion when a long standing colleague retires or leaves the company, and for those who knew him or her particularly well, saying goodbye can be something of a bitter-sweet experience. If you’re the one who has been asked to say a few words on the day, it’s an important role to get right, with a well crafted speech to let your workmate know just how much her or his contribution to the workplace has been appreciated.

Retirement ‘send offs’ can be anything from a hastily assembled contingent of co-workers in the staff canteen on a Friday afternoon, to a formal sit-down affair at a posh restaurant – and everything in between – depending on the size of the firm and the position of the retiree. While you obviously need to take this into consideration, the following template should help you come up with a speech that will do the leaver, your company, and yourself, proud.

Begin by welcoming everyone and making a few introductory remarks about the retiree, particularly if not everyone present knows him/her directly, without making it obvious to the guest of honour that that’s what you’re doing.

Example: I’d like to thank you all for coming to (name)’s retirement (party / presentation / dinner), to say a heart-felt goodbye to someone who has made such a (major / important / useful) contribution to the company, over her/his (10 / 20 / 40) years as (administrator / sales manager / tea-boy).

Paint a quick picture of the retiree’s career and time with the company. A little humour can go a long way to giving the speech some warmth and the ‘human touch’ – but remember it’s a leaving speech, not stand up comedy, so don’t overdo it.

Example: John joined our company nearly 35 years ago, having realised as a young man that he just wasn’t cut out to become an electrician like his father and two brothers. The family business’ loss was, however, our gain, and he’s been a part of the fabric of this firm ever since. It was a very different place back then, of course, although I’m not entirely sure I believe all of his stories about quite how hard life was in those days. I think that might be just another example of the sense of humour that’s made him such a great colleague to work with, for so long.

Provide a few highlights from the leaver’s career and an amusing story or two if they are available. The length of this part of the speech and the depth you’ll need to go into will depend on the type of job and the seniority of the role the person held, but as a general rule, there’s no need to list absolutely every single one. Concentrate on one or two main ones, and use a bullet point approach to mention any others, as appropriate.

Example: Legacy is an over-worked word these days, but when it comes to what Marion has achieved in her time here, this is one of those occasions when it is justified. She has done so many things; she has helped drive sales to record levels, overseen the development of our online presence, and revolutionised our approach to stock control, but perhaps her biggest contribution was in leading the Oasis project, which, as we all know, has enabled us to break into the Asian market, and set us on a firm footing for the future, although sadly it is one we will now have to face without her guiding hand.

After reflecting on the serious business of the retiree’s career, now’s the time to sum it all up and lighten the mood as you draw towards your conclusion.

Example:We’re going to miss Jake, of course, but he’s only retiring. As far as I know he doesn’t have any plans to buy a motorbike and tour Mongolia – I take it you don’t, right Jake? – so I expect we’ll still see him around, and there’s one thing for sure, if he doesn’t know where we all are by now…………. No doubt there’ll be things he’ll miss too – like the 6am tyranny of his alarm clock and the awful trip on the Number 22 bus – but I expect he’ll learn to live with it! It just remains for me to say a big thank you to Jake for everything he has done, for being a great colleague and friend, and wish him all the very best for a long and happy retirement.”

Finally, propose a toast to the retiree if it’s appropriate, and then sit down. You can relax now; you’ve done your part to give your colleague a really good send-off.